Trump claims the WHO took part in ‘covering up the spread of the coronavirus.’ What really happened? 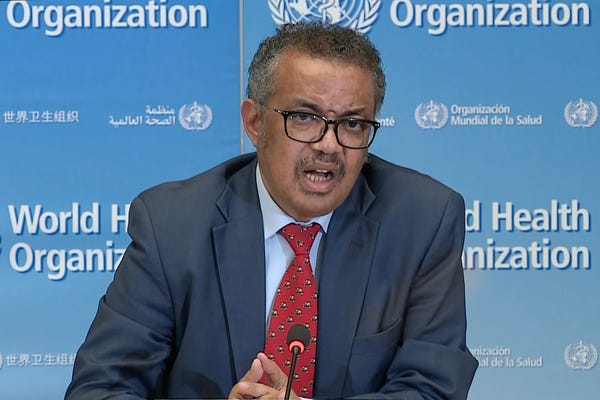 President Donald Trump declared this week he intends to stop US funding for the World Health Organization.

During a White House press conference on Tuesday,” Trump blamed the WHO for “seriously mismanaging and covering the spread of the coronavirus,” and stated the US would stop contributing to the organization.

The allegations stem from reports about China being untruthful about the number of deaths and cases. Officials there concealed the truth about how the coronavirus could spread from human to human.

However, the World Health Organization employed data that Chinese officials provided to notify the public and provide recommendations.

Conflicting info about the start of the epidemic

Officials in Wuhan first advised the WHO about roughly 41 instances of an unknown, pneumonialike disease on December 31. They stated the infections seemed to be connected to some local wet market—the WHO set up a crisis management team to deal with the outbreak the next day.

Recent research has shown that those late-December instances weren’t the earliest in Wuhan.

Such findings do not align with China’s official story. Still, it is not yet evident when Chinese officials first realized a brand new disease was spreading.

On April 7, before declaring he would cut WHO funding, Trump accused the company of being “quite China-centric.”

The WHO has praised China’s handling of the crisis

On April 7, before declaring he would cut WHO funding, Trump accused the company of being “quite China-centric.”

The WHO does not have a lot to gain financially from being partial to China. China’s yearly participation is $40 million, less than 1 percent of the organization’s budget. However, the WHO has yet applauded China’s answer to the coronavirus.

And also, a WHO envoy to China in February reported that the rest of the countries were “not prepared” to battle COVID-19 the way China did.

This compliments may refer to do with the noticeable difference between China’s reaction to COVID-19 and the plan that was followed during the SARS coronavirus epidemic in 2002.

The authorities did not inform the WHO about the SARS outbreak when it first appeared. Based on reports from The Sydney Morning Herald, physicians in Beijing were threatened by police to conceal SARS patients from WHO officials during their visits.

The WHO should have been skeptical about Chinese data

Recently, experts had raised concerns regarding the precision of China’s reported numbers of deaths and cases — particularly during the initial phases of the outbreak — and roughly when Chinese officials understood that the virus could jump between individuals.

A leaked memo involving leading Chinese officials, acquired by The Associated Press, disclosed that Chinese officials understood people could transmit the coronavirus to one another from January 14 but did not inform the entire world (or even the WHO) before January 20.

Cutting support to the WHO undermines response to the pandemic

Cutting funds to the WHO interrupts the pandemic response

The US is undoubtedly the biggest funder of the WHO — its own 2018 contribution was equivalent to approximately 9.5 percent of the bureau’s budget for the 2018-19 period. Of the 41 member countries which donate funds, the US provides the most.

Metzl pointed out that, like most other states and organizations, the WHO has had its share of mistakes in this catastrophe, which must all be scrutinized.

Such defunding could imply “the pandemic could last for a lot more months, years, longer, and may become irreversible among human inhabitants.”